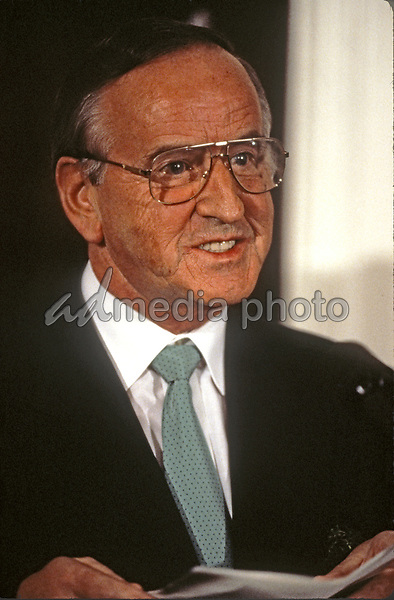 Taoiseach (Prime Minister) Albert Reynolds of Ireland makes remarks during the ceremony where he will present United States President Bill Clinton with a bowl of shamrocks honoring St. Patrick's Day with in the Roosevelt Room of the White House in Washington, DC on March 17, 1993. During his remarks, President Clinton announced he was naming Jean Kennedy Smith as US Ambassador to Ireland.
Credit: Martin H. Simon / Pool via CNP/AdMedia