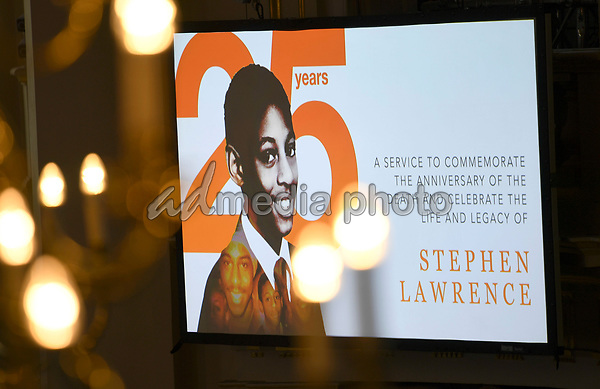 23 Apri 2018 - A picture of Stephen Lawrence is shown on a video screen during the memorial service at St Martin-in-the-Fields in Trafalgar Square, London to commemorate the 25th anniversary of his murder. The 18-year-old murder victim was fatally stabbed by a gang of racists in Eltham, south-east London, on April 22 1993. Photo Credit: ALPR/AdMedia