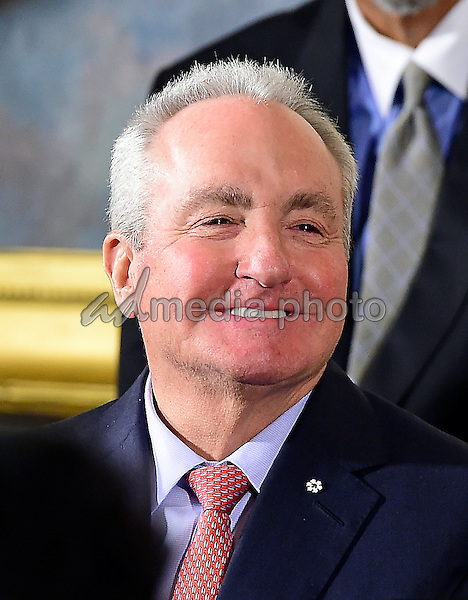 Producer and screenwriter Lorne Michaels looks on as United States President Barack Obama makes remarks at a ceremony in the East Room of the White House in Washington, DC where he is to present the Presidential Medal of Freedom, the Nationís highest civilian honor, on Tuesday, November 22, 2016. Photo Credit: Ron Sachs/CNP/AdMedia